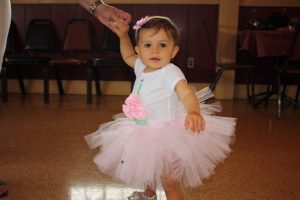 I have a very sweet almost 19 month old little girl. She is a little girl in almost every way: angelic face (though don’t let that fool you), sweet voice, even wears a pink sparkly tutu sometimes. She truly is a little girl through and through. Also, she adores Thomas the Tank Engine more than anything in the world. She sees a train and yells ”Tommy!” in a crazy excited voice as if she may never see  him again.

On the contrast, I have a good friend who has a little girl who hates pink. Hates sparkles. Hates everything ”girly”. She’s four. She wears jeans, a cool leather jacket and dressed up as Spiderman this past Halloween. Seemingly totally on her own, she identifies herself as a ”tomboy” and looks up to her older male cousins.

Why must we as a society have any issue with either of these situations?

My husband, daughter and I were recently at the store buying our kiddo a small Thomas train (imagine her gripping it with all her might as we approach the cash), we had to pull her hands apart to get the toy free and pass it to the older lady working the cash.

”Oh that’s sweet, you must be buying this toy for a little brother maybe? (looking at us parents for some assurance), it seems as though you care very much about the toy” says the cashier.

”No” I replied, ”It’s for her, she adores Thomas (insert my snarkiness)”

We paid and left (me uttering comments under my breath).

Why, must we as a society place gender roles on things like toys?! In this case we’re talking about a train. A really cute little train with more train friends and a cute show both her father and I approve of.

I cannot even begin to tell you the comments my friend got for ”allowing” her daughter to wear a Spiderman costume at Halloween. Comments as crazy as she’s ruining her little girl to stuff about later regret in life when she comes home a lesbian.

Again, what in the world is wrong with people?! Why can’t a cute little four-year-old act like a superhero and dress up like Spiderman? I’d much rather raise an ass-kicking daughter than a pathetic little princess awaiting some prince charming to rescue her, that’s for sure.

Being a parent has opened my eyes to many more worldly issues I, as a non-parent, was totally ignorant to. I grew up playing with toys. Toys bought from the toy section of the store. Not the girl section or boy section, just the toy section. It was recently brought to my attention that even birthday cards for little kids (<2-year-old) was divided by boy cards and girl cards, how about we just have a ”birthday card” section. I don’t want my daughter ever feeling weird for picking a ”boy card” for her girl friend. This is an issues, I as a parent shouldn’t have to worry about.

We are placing unnecessary stigma in children’s heads and it needs to stop. Plain and simple.