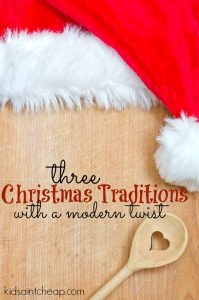 Christmas is, without a doubt, my favorite time of year. More than anything I like the traditions that come with the days leading up to Christmas because for me, it means spending quality time with those who I love the most. If you’re looking to start your own family traditions, consider one of these new traditions instead!

I have spent many years baking cookies and treats with my sister only to feel sick about the sheer volume of sugar flowing through my veins. We’d spend an entire day baking and divvy up our treats among our friends and family. If you’re looking for a new tradition consider a cookie and beer exchange.

Instead of baking a ton of different treats, pick your favorite cookie recipe and bake that. To accompany the cookies, pick your favorite beer, invite your friends (plus spouses) to come over where you will host an exchange. You will do up a treat bag of cookies plus one beer for every guest party attending, they will do the same and everyone will swap. You go home with bags and bags of cookies as well as many new beers to try. For best ‘’swap results’’, maintain something like a Google doc to ensure there aren’t multiples.

Don’t get me wrong, I love a good turkey dinner but there’s something about staying in the kitchen all day Christmas preparing a large family meal that is depressing on Christmas day. I much prefer the idea of doing Christmas morning and then all sitting down for a large brunch instead which leaves the rest of the day to relax and be together. After a larger brunch enjoy an easy, light dinner of finger foods. Most of which can be prepared the days before.

I love receiving Christmas cards. I especially love personal cards. Sending personal cards seems to be a lost art though, not that I don’t appreciate a store bought card signed with family members, I love getting personal card with photos or even just personal notes. If you look for sales early enough you can often get deals for personalized photo cards at various online outlets for quite inexpensive. I had 40 personalized cards made for less than $10.00 and they were beautiful.

Though Christmas is about traditions for many, it doesn’t mean that old traditions can’t be modernized. Instead of cramming everything into Christmas day, our family really spreads the celebrations out over three full days. This allows us to be together and really savour everything as family.

Does your family have any modern traditions?? 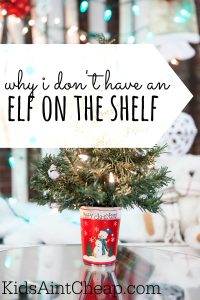 When my husband was a child he had this old tree ornament on his Christmas tree that was a gift from his grandfather when he live in Germany. It was a quirky little elf that his mom would use during the Christmas season to keep the kids in check.

My husband and his sister grew to love the weird little elf, and as an adult he wanted one of his own, for our family tree. Then a little phenomenon called ‘’Elf on the Shelf’’ started.

While it isn’t the exact same thing, it’s sort of similar. We have tried to find a small elf ornament like my husband had growing up, always coming up empty handed. After all, his was purchased by his grandparents in the country with a mecca of all things Christmas. Until ‘’Elf on the Shelf’’ started in North America, elves weren’t a very popular Christmas decoration as a whole. I see way more Santa’s and Snowmen than I do elves, even to this day.

I think I am the only one of my friends and family, with a child, who is not yet partaking in the ‘’Elf on the Shelf’’ phenomenon. Most of me thinks it’s weird and creepy, while part of me thinks it could be really fun. I don’t know if we should give in and buy one for next year or not.

I struggle with using something like this as a ‘’threat’’. I expect my child to always behave well, not the last month of the year and not because an elf is watching her. So I don’t know in what manner I would use the elf if not for this reason? How would I explain his (or her) arrival and why they’re there if not to ‘’watch her’’?

The other issue I have is that I have friend who has children who have developed a huge fear of the elf. One little boy was having problems using the washroom thinking the elf was ‘’always watching’’. He was a bit better after mom explained he didn’t watch all of the time but it still instills a bit of a creep factor to me given that it is a physical presence in the house and not a hypothetical (like Santa).

In having said all this, I really love Christmas and the magic that kids bring to the season with their beliefs. I love seeing their eyes when you even speak of Santa and the sheer innocence that comes with it all. While part of me thinks this Elf capitalizes a bit too much on this unassuming innocence, part of me thinks we could have fun with it as a family. That, and it’s cheaper than flying to Germany in search of the perfect elf tree ornament!

So if you have an Elf do you like it or do you wish you’d never bought into the insanity? I want to hear everything before I decide if it’s worth buying into! Are you for or against the Elf on a Shelf? 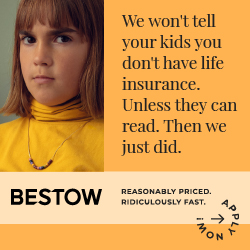