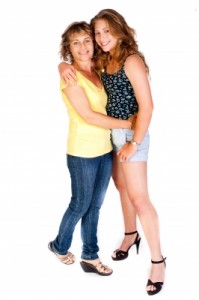 Being a mom is easily the hardest thing I have ever, and will ever, do in my life. Being responsible for someone else’s well-being is a stressful job. There is no job in the world that gives so much stress and so much reward at the same time. I wouldn’t trade it for anything in the world. Trying to be the best parent I can isn’t always easy. In today’s world of fancy technology and constantly being surrounded by something it’s easy to lose focus.

Lesson From The Dental Office

Today, it’s not uncommon to have both parents working full-time. This isn’t the world that our grandparents grew up in where it was more common to have mom at home tending to all of the family’s needs.

Last week at work I had a young mom bring her son in. As soon as the little boy was sitting in the dental chair, mom was in the corner sitting in a chair frantically typing away on her phone, totally disengaged from her son’s dental appointment. When it became clear to me, evident by the rampant decay in his mouth, that mom was not brushing his teeth as he needed, I alerted mom. I asked her how he was managing with tooth brushing and how often she was doing it for him given that he was only four. She told me, and I quote:

”As you can tell, I’m a very busy woman, I don’t have time to brush his teeth, he’s four, he can do it himself…his sister had soft teeth too, it’s not my fault they’re rotten”

Yup. This is what she actually said to me. This woman’s life is too busy to brush her four-year-old’s teeth. I was so mad at her I couldn’t help myself and I responded:

”If you don’t have time to do something simple like brush his teeth, what do you have time for in his life?”

She was so taken aback by me saying anything she just stared at me, saying nothing.

She put her phone in her purse came over to he son and asked me to show her how to properly brush his teeth. I was so happy she decided to become engaged in his appointment and learn from her mistake.

How do you balance engaged parenting while respecting boundaries?