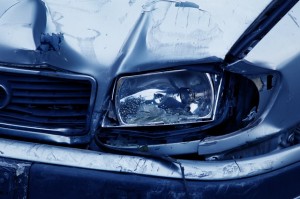 This was absolutely not the post I had planned on writing this week. You see it all started on Saturday morning at around 12:30am. Everyone in our house was sound asleep but I started hearing the annoying beep of our home alarm system. I think I heard it twice — but I really didn’t want to get out of bed to find out what was going on. It was making the type of sound that occurs when it loses power — not like someone breaking in or anything.

Then Payton started barking. Oy! Now I had to get up. I figured she was just barking at a cat or something, so I hushed her and blindly made my way out into what seemed to be an exceptionally dark living room. I got Payton to stop barking but I could see lights moving around outside the window. It freaked me out and suddenly I heard a loud BAM BAM BAM on the door.

As you might imagine that freaked me out even more! I looked out the peephole in the door and saw a bright light shining straight into it. I headed back to the bedroom to get my husband and ran into what felt like — oh, I don’t know — Freddy Kruger or something! I was terrified and I’m pretty sure I screamed but somehow I didn’t wake the boys. Chris ran out and could see there was a police car outside, some of our neighbors and a lot of bricks and other rubbish.

To make a long story short (actually this is going to be a long story, who am I kidding) a drunk driver had apparently hit our mailbox, plowed through the brick work around it, slammed into a powerbox and then hit our neighbor’s mailbox. Of course, it was no fun waking up in the middle of the night or being scared half to death by my husband but I am a pretty positive person, so of course I was looking at the bright side of the situation.

First of all, things could have been so much worse. No one was hurt. The driver and his passenger were not injured and thanks to that powerbox being hit — it saved our neighbor’s cars (and maybe even their house) from being struck. Though we were without power for a little bit, we did get a new powerbox – which I had been wanting anyway – I just didn’t know how to go about getting one. Also, we met some of our neighbors that we hadn’t introduced ourselves to yet — and they were super nice.

Poor Chris spent Saturday cleaning up the mess. We went to Lowe’s to get a mailbox and post and he – along with our neighbor – installed the newest mailboxes in the neighborhood. It was a pain but like I said before, it could have been so much worse — even tragic. Thank God it wasn’t.

The boys asked questions about what had happened and who hit our mailbox and all of that. We explained that someone had made a huge mistake and this was the result. One of them asked if the person responsible was put in jail — and we said “yes” at least for a day or so. Later in the day A asked what jail was – the boys know it’s where “bad guys” go like in their superhero books and things like that but I don’t think we have ever really explained what happens there. Frankly, I think they are too young to know all of that anyway. Chris told them “It’s like a really long time-out for adults.” That seemed to be easy enough for them to understand.

Look, I have done some stupid things in my life, so you aren’t going to see me throwing any stones! When I found out it was a young kid — it made me all the more sympathetic. Sure, I was irritated that it happened but I can’t even begin to imagine what it felt like for that guy to wake-up in a jail cell  first of all and then to realize he was being charged with DUI. My prayer for him was that he would learn from his lapse in judgement and would think twice before getting behind the wheel after drinking.

Then, I received a knock on my door the following day at around 4 in the afternoon. Anyone who knows me well knows that when Chris isn’t home I don’t answer the door unless:

I guess my mom was really good about teaching me about not opening the door to strangers. Plus – as  I explained in a previous post – I also watch a bit too much Dateline, which probably makes me a little paranoid as well. However, I answered the door without looking out the window or the peephole (again unheard of for me) and there stood a young man who I was sure was going to sell me on some kind of deal that I just couldn’t resist — but no. He simply stated his name and said he was the one who caused all the damage a couple of nights before. I was pretty shocked and I think he realized that. He asked if I could come out so he could speak to me. I told the boys to wait inside but they stood at the screen door and witnessed the entire conversation.

I’ll call him Walter because that’s the first name that came to my mind and I don’t want to use his real name. So Walter – with a spiral notebook in one hand and pen shaking in the other – sincerely and humbly offered me an apology. He explained that he had come over to see if he could help us clean things up but he noticed that we had already taken care of everything. He offered to pay me for anything we had to pay out of pocket. I thanked him and told him it was okay and we would just deal with the insurance company.

He looked me in the eye when he spoke but his head was slightly bowed. I knew that it took every once of courage for him to come and face my neighbors and I. I also know from experience how hard it is to admit your wrongs and try to make amends to people who know you — but to face complete strangers takes an exceptionally brave individual.

I was so moved by his gesture! The mom in me wanted to scold him and hug him at the same time — but I did neither. Instead, I got a little teary as I told him that it meant a great deal to have him come all the way to our house and apologize. I told him he was lucky that something worse didn’t happen — that he could have been seriously hurt or hurt someone else. I also let him know that I really appreciated him coming over to make things right. I shook his hand and thanked him again. As he walked away – A who had been standing there so quietly with his brother – said “Mom, was that the guy that hit our mailbox?” I told him yes and we went inside to have a talk.

I told the boys that sometimes people make mistakes — that Walter had made a big mistake but he was very brave to come and ask for our forgiveness. Walter’s actions may have caused me miss a few hours of my beauty sleep but he gave me a priceless moment to teach my children a valuable lesson. I explained to my boys that if you make a mistake in life, you should face it head on and make amends whenever possible even if you aren’t sure the other person will be willing to forgive you — you have to at least try. I also let them know that when someone wrongs you – especially when they approach you with such sincerity – and asks for your forgiveness, you should give it. I think they understood. I hope they did.

And as for Walter, I wish him all the best and pray that this was his wake up call — a reminder to NEVER to drink and drive.

Have you ever used an unexpected event to teach valuable life lessons to your children?