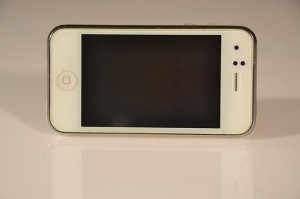 Smart phones are truly amazing. Your very daily existence is defined by a hub of activity that emanates from your fingers and onto the digital senses of your mobile friend. Calls, text messages, social networking, news, games and books are just some of the uses you get out of your smart phone during an average day.

With so much of your day consumed by this device, it’s unsurprising to learn that a recent study found that a smart phone user will check their phone nine times an hour on average. Unfortunately, along with the joys that a smart phone brings to your life, you also have to be wary of certain pitfalls. One of the potential issues that you should be aware of is leaving your phone unattended, particularly if you have children.

Much like adults, children love to constantly play with smart phones and tablets, and with hundreds of apps available, these devices are an invaluable way to keep them entertained and even educated for hours. However, the tendency of children to play with their parent’s smart phone devices unsuspectingly has started to land some people in murky financial waters.

Recently, some parents were face with large iTunes phone bills, as their children had unwittingly downloaded apps and in-app purchases. This ongoing issue resulted in Apple agreeing to fund at least $32.5 million (about £20 million) to those parents that had accrued enormous bills though in-app purchases in the US, as part of an agreement to settle a complaint from the Federal Trade commission. In this settlement, Apple was required to change its billing practices in order to help prevent the above mentioned scenario from reoccurring in the future.

If you have an Apple device, there are steps you can take to prevent your children from unintentionally purchasing unwanted apps on your phone and running up high bills. You’ll have such peace of mind once you’ve followed these steps, which you can even get Euro Palace on your Mobile and not worry about other family members playing online games without your knowledge.

You should be aware that, when you enter a password on your Apple device, the password will not have to be entered for another 15 minutes. During this period, children could accidentally download expensive in-app purchases.  To prevent this from happening, go to Settings, tap on General, and then on Restrictions. Change the Require Password setting to Immediately. This will ensure that your children will have to type in a password before any in-app purchase is made.

You can also ensure that your child doesn’t download any apps by going to the Restrictions menu and changing the Installing Apps slider to off (will turn from green to white). You also have the option of turning off in-app purchases completely from this menu, by looking for the on/off slider towards the bottom of the restriction options.

Children can inadvertently purchase apps from any website. It is therefore advisable to set up general device pass codes that will prevent them from being able to access the phone at all. To set up this pass code, you simply need to go to Settings, tap on General, and then tap on Pass code Lock and Turn Pass code On.  Slide Simple Pass code to off and you’ll be able to type a word rather than a default 4-digit number.

If you have children over 13, Apple recommends that you should create an individual Apple ID for them. This will ensure that your child’s Apple ID does not have a credit card on file, which means that there won’t be money in the first place for them to spend.