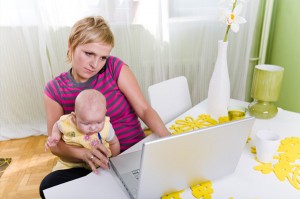 Social media has permeated into every aspect of life.  Every night on the news, I guarantee you that there will be some story about social media, or that uses social media (a viral video, a tweet, a story from Facebook).  The bottom line is that everyone has become a reporter, and that is important for brands to take notice.

There are so many examples of how parents are using social media for good.  For example, I have a friend on Facebook who started a viral campaign to raise money for a child with disabilities.  The goal was to get him to get a special treatment that their family couldn’t afford.

Prior to social media, the only way these campaigns would have been successful is if the community got enough support that the local news station covered it.  Then, if you were really lucky, the national news would have picked up the story as well.

Today, you can have stories go viral on social media and instantly reach millions of people overnight.  In the case of the story above, the family was able to raise over $10,000 for their child to get the treatment they needed, all from anonymous donors all over the world.  Talk about the power of social media.

Parents also have a lot of clout when it comes to dealing with brands.  Parents literally have the power to change the fate of different companies – both positively and negatively.

In the past, brands would rely on advertising to get out the word on new products.  Now, brands will hire an SEO company to contract with bloggers to review their new products.  This is a big shift in the marketing world – instead of national advertising campaigns, advertising takes the form of recommendations from other parents that people trust.  This really shows the influence of parents online.

On the flip side, if parents are dissatisfied with a brand, or how they were treated, they have an instant outlet.  And the last thing that brands want is to be called out on social media by dissatisfied parents.  Because, once again, a poor experience can go viral and end up on the nightly news.  Entire websites, like the Consumerist, exist to showcase these stories.

How else can parents use their social media influence?