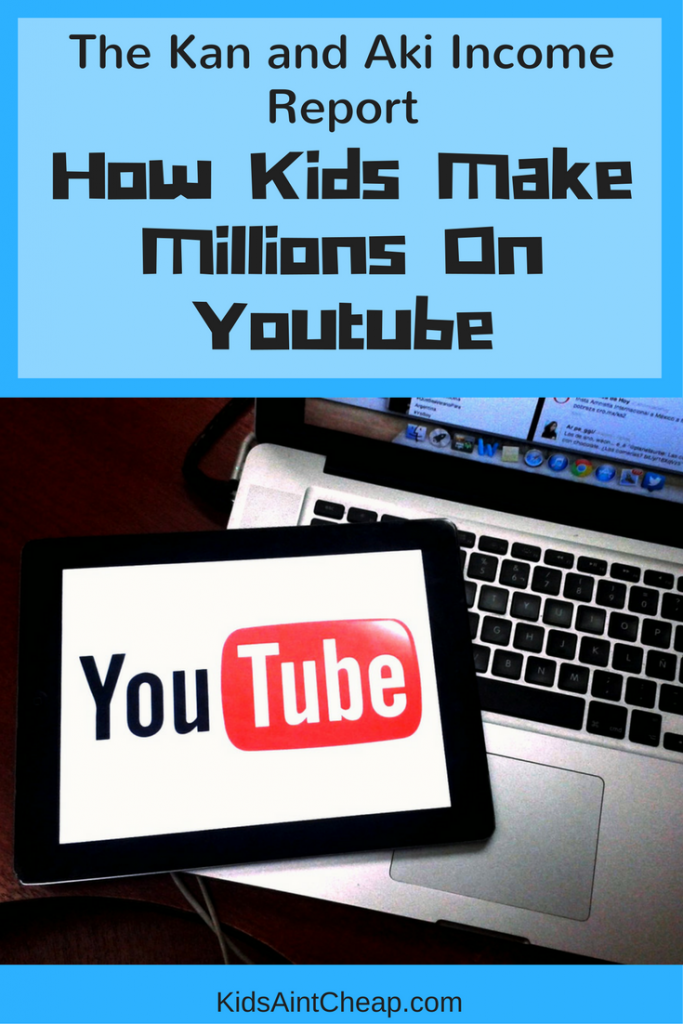 Ever click on a video with millions of views and wonder how much money that channel is making? Many people, like Justin Beiber, have even risen to celebrity status as a result of Youtube. Others haven’t walked the red carpet but are still raking in millions from their videos. Even kids. That’s why today we’re going to look at a great example: The Kan and Aki Youtube channel income report.

Who are Kan and Aki?

Since social media has spread to every corner of the world, it means new celebrities are popping up all over the grid. Take Japan, for example. Two young sisters named Kan and Aki have starred in more than 730 videos since 2010. The Japanese children jump around, dance, sing along to lively music, and dress in fun costumes along with their other two siblings. Most notably, however, the two sit at a table and open toys to describe and review.

This has become one of the more popular ideas since tablets and phones enable children to watch more Youtube. For whatever reason, kids love watching people open new toys and showcase them one at a time. Like Christmas all year long – except they keep none of it. My own two kids lock their eyes on the screen when they see a video that unveils a new toy.

For Kan and Aki’s family, these popular videos have generated some serious cash. Let’s break down how that works on Youtube.

Your most precious commodity on Youtube is views. Not only is your message reaching more people, but you’re getting paid for it. According to Investopedia, once users sign up for AdSense on their account, they earn an average of $7.60 per 1,000 views as of 2013. For example, earning several hundred views for your review of LuLaRoe leggings might earn you $5 in ad revenue. Taylor Swift’s music video “Shake It Off” has over two billion views and has earned at least $17 million.

Now, let’s take a closer look at Kan and Aki’s channel to find out how they’ve done financially. It will be impossible for me to calculate exactly what they’ve earned since I don’t know if companies have sponsored them to review their products (it’s likely). We’ll just speculate their ad revenue.

This Kan and Aki Youtube channel income report shows statistics as of July 2017:

Out of curiosity, I calculated how much money nearly four billion views would earn. According the average, that’s $28,978,800 in seven years.

Not bad for kids.

Or anyone, for that matter.

Want to see an example from the Kan and Aki Youtube channel? This video of Kan and Aki reviewing a cooking set for kids currently has been viewed more than 121 million times:

It’s interesting to take a look at families like this who have such a unique income stream, but most kids don’t earn back their cost of living. Therefore, we put together a list of 35 ways for parents to save money. Be sure to check that out before you go!

Are you a stay-at-home mom? Make sure you bookmark or pin some of these resources for later!